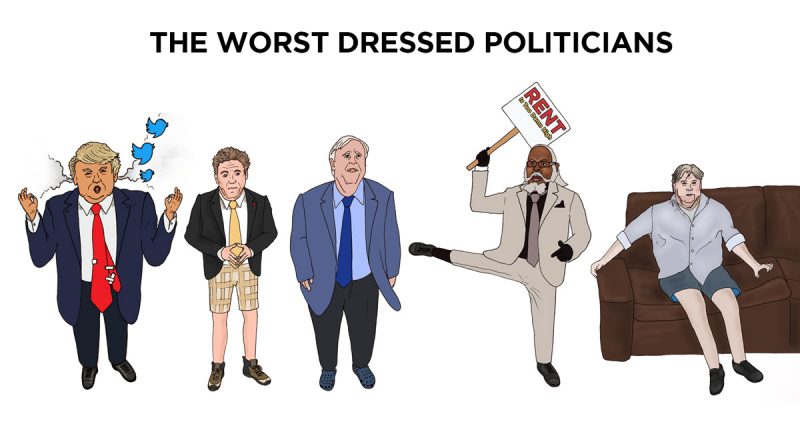 We at Cheap-Neckties think it time to put aside policies and laws for just a few minutes and focus on our forte – style! Who better to judge than our country’s fearless leaders. As constituents, we want to respect and trust those who run the country. This can be difficult when the people elected can’t choose the right shoes to go with their outfit or look like they belong in a pub rather than the Oval Office. We’ve combed through our tireless politicians to find those with the worst lean towards fashion and taste. Presenting, our list of Top 5 Worst Dressed Politicians. 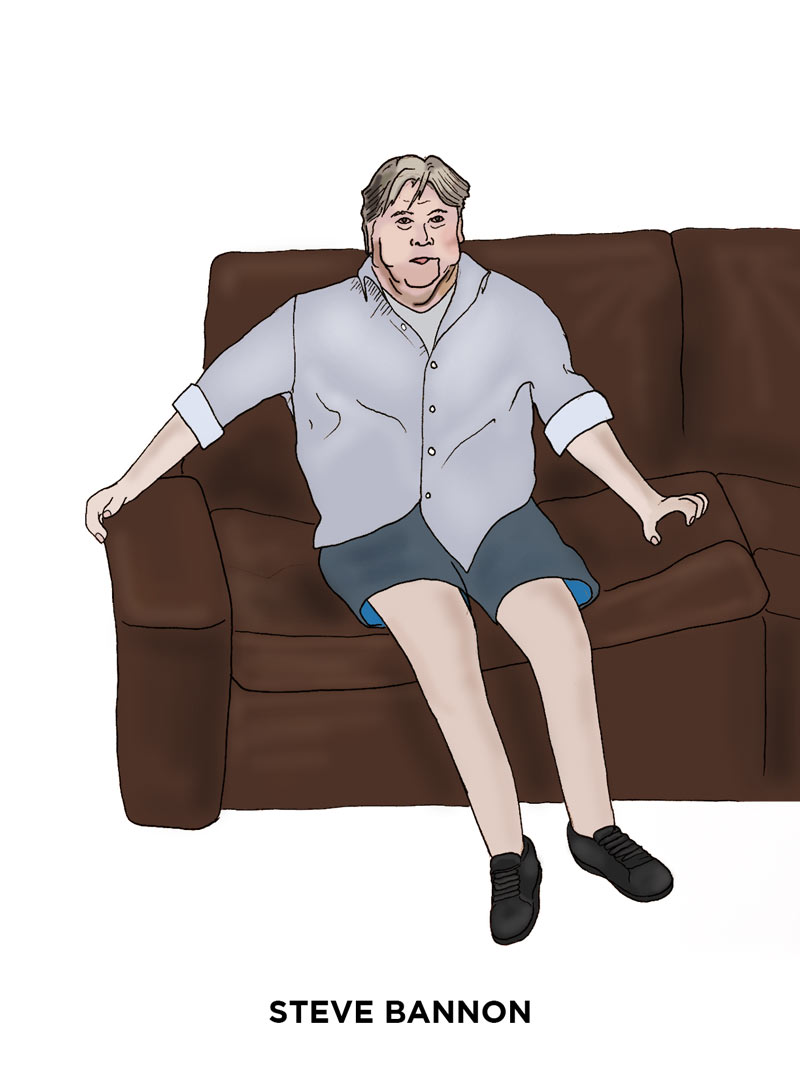 #5 – Making his home at number five on our list, Steve Bannon is a sloppy, drama-ridden political adviser who looks like he’s always up to something mischievous. Should one not be abreast with Bannon’s reputation and happen to run into him on the street, they might be astounded to find he is currently one of the most important men in America. A similar looking figure might also be found at your local bar slumped in the back booth. Bannon is often seen wearing bedraggled suits with one, two, and, oh yes, sometimes three shirts underneath. These layered shirts recurrently happen to be collared, which clearly begs the question – why? His careless attempt to appear professional makes it even more surprising that he has achieved such influence. It is possible he’s decided to throw the middle finger to the collective “Man” through his disdain for appearing presentable, but that’s just our guess. 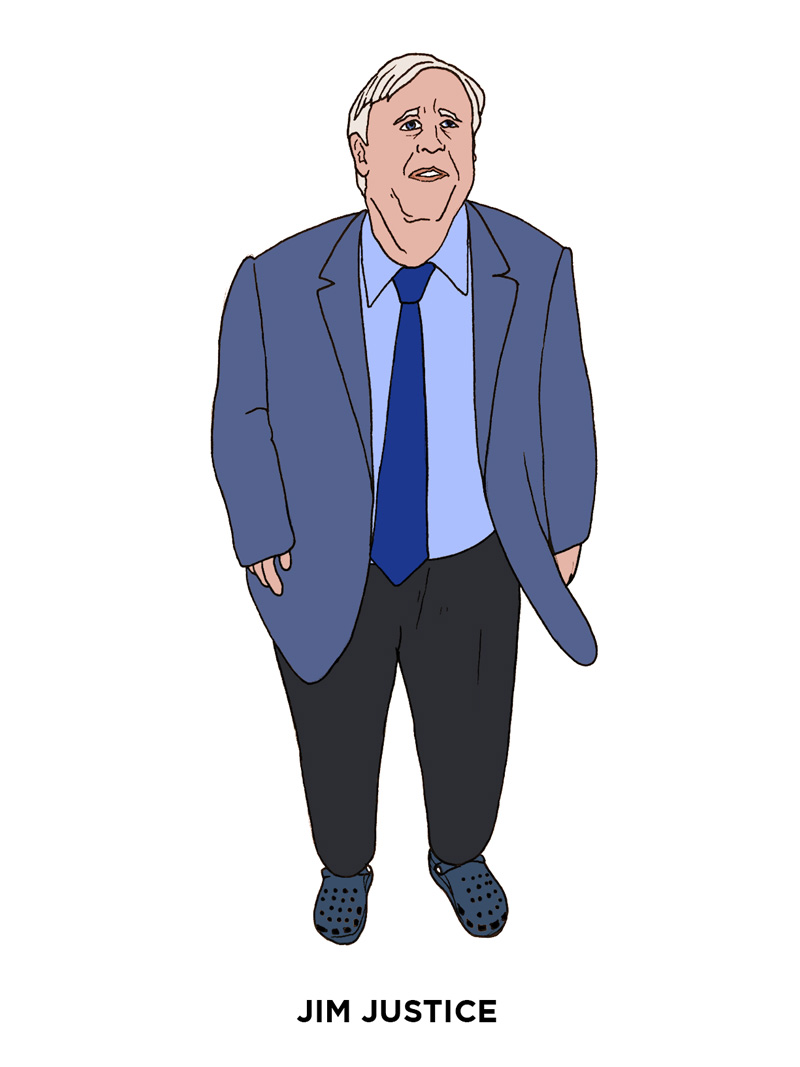 #4 – Slipping into fourth place of Worst Dressed Politicians is West Virginia’s new Governor, Jim Justice. Coined as West Virginia’s only billionaire, Justice’s coal business single-handedly financed his entire campaign leading up to his election for 2017. One would imagine that with funds such as these he would be able to afford a good tailor. It’s no secret that Justice is a big and tall man, and generally people of his build find ways to size down appearance instead of enhance. He must have his own interpretations about fashion because his suit jackets exhibit traits of a poncho more than anything else. His jacket arms go far past his wrists and maybe needs told “off the shoulder jackets” aren’t a thing. To add insult to injury, crocs…CROCS! There is a line between clothes being poorly fitted and just ridiculous and Justice has stepped over. In this occasion, bigger is not better. 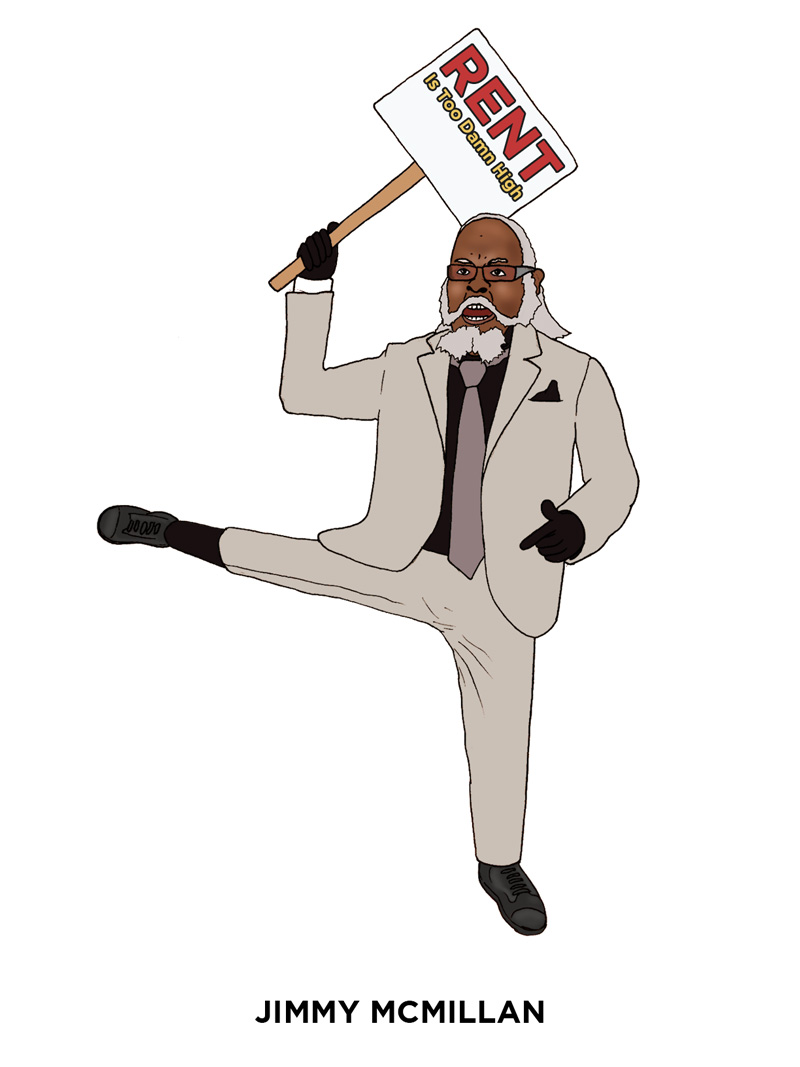 #3 – High kicking his way to the number three spot on our Worst Dressed Politician list is to Jimmy McMillan III. He gained recognition by becoming a political activist and recurring candidate from the “Rent Is Too Damn High” party, formed by himself. Part of his popularity likely derived from his wild sense of style and animated personality that spawned on copycats. His facial hair is a hybrid of handlebars, mutton chops, and goatee not to mention his mullet. Known for sporting a suit and tie without the collared shirt and adding in the never-essential-everyday-gloves. In our book that makes McMillan eligible for making the top three on our Worst Dressed Politicians list. 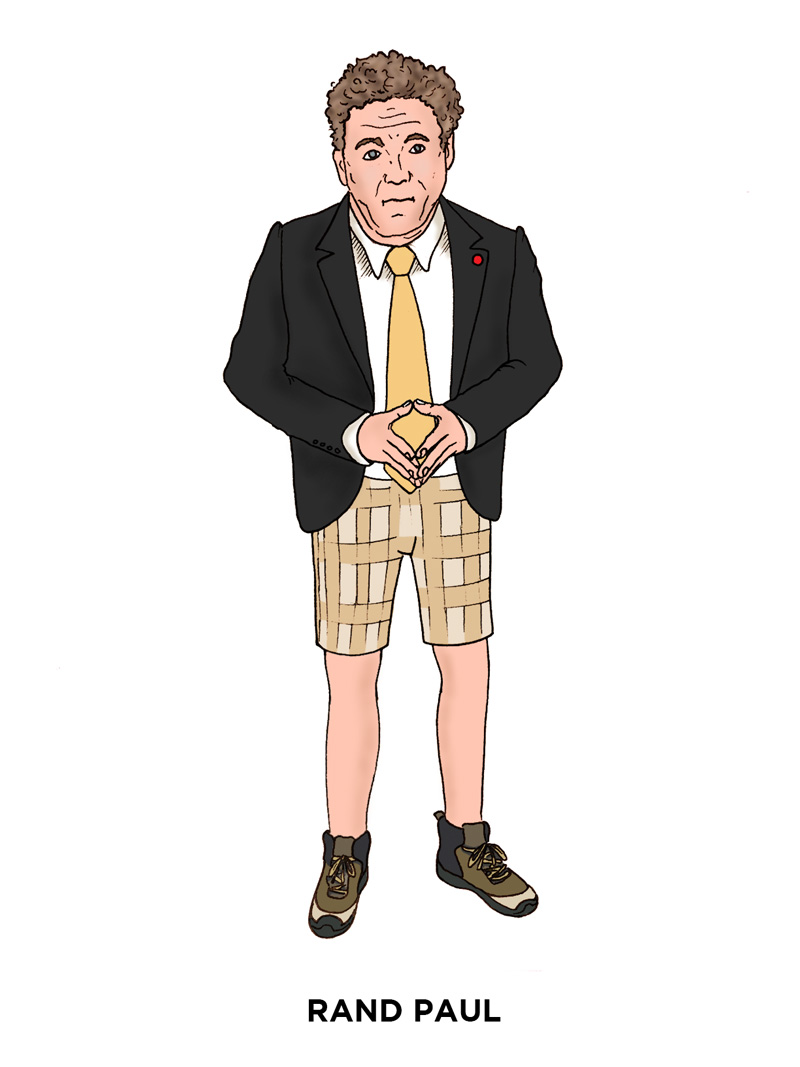 #2 – Second place on our list belongs to non other than Senator Rand Paul. He seems like a nice guy all around, but maybe has been in the hills of Kentucky a tad too long and forgot how to match his clothes. With a knack for interesting – and atrocious – wardrobe pairings, Paul has made a habit of attending public appearances with nonsensical outfits. We tend to tip our hats to anyone who goes through medical school, unfortunately we have to condemn wearing scrubs anywhere outside of the hospital or healthcare location. His outfit most recognition-worthy is an interestingly terrible combination of plaid shorts, black blazer, and shoes he pulled from the back of his closet. We’re not sure whether he thought he was going golfing, a hike, or to the office. Maybe he planned to do all three and thought a compromise was worth the risk of looking ridiculous. Think again, Paul. 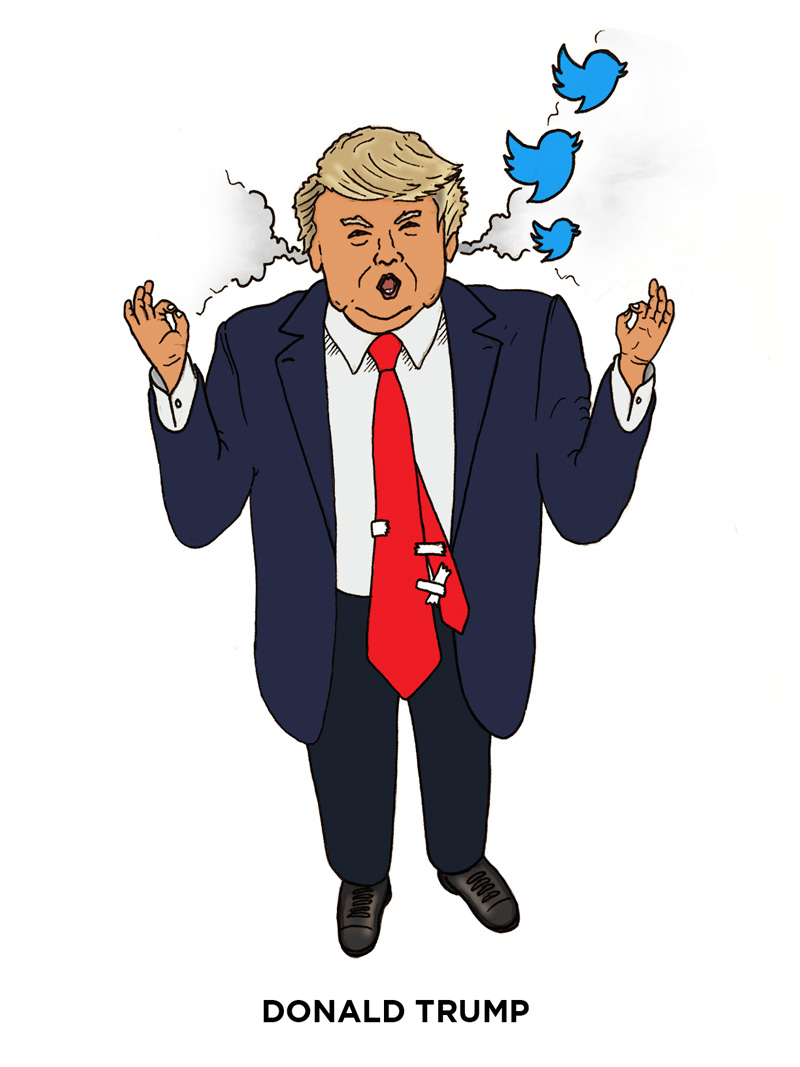 #1 – Coming in at first place of the Worst Dressed Politicians is President Donald J. Trump. Not a shocker to most of America, since taking office Mr. Trump has been accosted for his poor style in spite of being one of the wealthiest people in the United States and known for tweeting out flaws (fashion included) of others. Trump has infamously used scotch tape to fasten the back of his tie from taking flight, or for whatever reason we’re still not quite sure. For an issue that haunts Trump so fiercely, one would imagine he would have solved the back of the necktie controversy within his first 100 days. If anything he should have used the tape to shorten his outlandishly long necktie. His suits are always too big, and of course his bizarre hair and face just make him look like a playboy wannabe. In conclusion, Mr. President “Trumps” all others in his lack of self awareness and style.

What politician do you think deserved to be on this list?