Fashion Trivia – The History of the Turtleneck Sweater 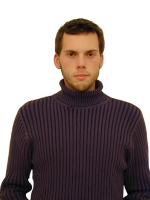 Whether you like them or not, turtlenecks have it’s place in mens fashion. They are not just a fad but a timeless clothing item that is practical and easy to match to a wide range of outfits. The history of the turtleneck is actually much shorter than most would think. At the turn of this century seaman were looking for a clothing item that would protect their neck from cold winds, and while using a scarf was impractical and even dangerous, the turtleneck sweater, sometimes also known as polo-neck sweater, was invented. The first turtlenecks were made from a heavier worsted wool fabric. The tubed collar was initially closed with buttons, but then, after it’s invention, were replaced by the zipper. Later on, with the advancement in more stretchable and durable fabric blends, the zipper was no longer needed.

Over time the turtleneck sweater became an acceptable casual clothing item, and then, after Noel Coward was spotted wearing them on a regular basis, became an American fashion trend. Today turtleneck’s come in a wide range of styles and colors: With or without zipper, made from worsted wool or finest cashmere, loose or fitted, and so on. The light weight turtleneck is sometimes also worn in casual business attire underneath a sports coat, blazer, or suit jacket – think of Senator Ted Kennedy or Apple Inc. CEO Steve Jobs for example. The turtleneck was made a unisex clothing item by the feminist movement. Since the late 1940s turtleneck sweater are found in both men’s as well as women’s fashion.