After going through pictures of Barack Obama’s public appearances, we came to the conclusion that his favorite necktie color is in fact blue. He seems to favor light blue ties in especially. Below are a few pictures of Barack Obama wearing light blue neckties. We were a little stunned when we found out that we have very similar, almost identical looking neckties to the ones he is wearing. Did someone order them at our site for him? To compare his ties with the ones we thought are identical, simply click on the pictures below. 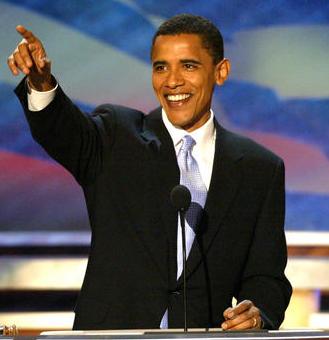 The Psychology of The Color Blue
Blue is most men’s favorite color. It is said to have a calming effect on people. Moreover, studies have shown that people are more productive in rooms that have blue wallpaper.

Next Up: John McCain’s Neckties